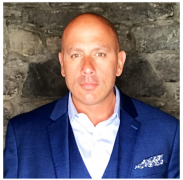 Alexandre Mongeon has been employed by us since 2014 as our Chief Executive Officer. From 1999 to 2015, he imported high-performance boats from the United States to Canada. During much of that time, 1999 to 2016, he also worked as a designer and contractor for a Contractor 91340489 QC and managed several new construction projects on the waterfront in and around Montreal. Mr. Mongeon is a graduate of the School of Construction in Laval, Quebec with a specialization in electricity. 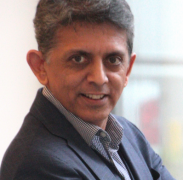 Mr. Sandher has considerable private and public company experience. He served as CFO of ElectraMeccanica Vehicles Corp., a Nasdaq listed electric car manufacturer from June 2016 to November 2018; as CFO of MineSense Technologies Inc. from August 2013 until July 2015; as CFO of Alba Mineral Ltd. from June 2017 to April 1, 2018; as CFO of Delta Oil & Gas from October 2008 to September 2017; as CFO of Astorius Resources Ltd. from June 2017 to February 1, 2018; as CFO of Hillcrest Petroleum from December 2011 to April 2015; as CFO of Intigold Mines Ltd. from December 2010 to April 2017; and as COO & CFO for Marketrend Interactive Inc., from March 2004 to March 2006. Currently, Mr. Sandher serves as President of Hurricane Corporate Services Ltd. and as CFO of Alba Resources Ltd. (TSX-V). Furthermore, Mr. Sandher is currently serving as a director of The Cloud Nine Education Group Inc since December 2015.  Prior to August 2013, Mr. Sandher had also served as CFO of several publicly listed companies, including: Hillcrest Petroleum (TSX-V), Millrock Resources Inc. (TSX-V) and St. Elias Mines (TSX-V). 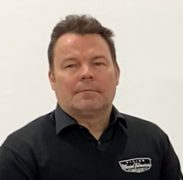 Patrick Bobby is the Chief Operation Officer & Director of Vision Marine Technologies, Inc. Patrick studied in Automotive Marketing at Georgian College in Barrie, Ontario and obtained his RBQ construction contractor licence in Quebec. He worked in the family car business for several years until the future entrepreneur in him met with Alexandre Mongeon and they joined forces to create several different successful businesses such as: Acquisition of Canadian Electric Boats Company/ VMT today, Currency trading operations and kiosks, Importing and exporting Exotic cars and high-performance boats all over North America and building several residential and commercial revenue complexes and properties in and around Montreal, Quebec, Canada. Patrick Bobby has over 30 years of Entrepreneur experience with managing businesses and extensive experience in supply chain and logistics management and strong operations knowledge. 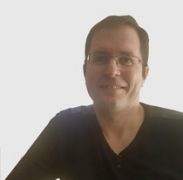 Mr. Montagne was responsible for electronic architecture design, product selection, integration, fine tuning, optimization, and overall performance. Prior to MAC Engineering, Mr. Montagne was senior designer for Foresee Power, Panasonic, and Saft in Europe, designing low and high voltage battery management systems. Mr. Montagne was involved in the development of the sports version of the Renault ZOE, using his expertise to help design the powertrain definition, conception, and assembly.
Scroll to Top